My Picks for Pix – The Video Game World Cup

Friend of the show and general cool person Pix1001 has only gone and started another community event, and this one’s got something to do with some sort of sporting… convention. I dunno.

Nah, it’s only the football World Cup. I am, despite my best efforts to appear otherwise, incapable of not being at least vaguely aware of the World Cup, since I’m from England and we are a country that, if nothing else, love to get extremely disappointed when we inevitably lose at the football. (Although so far we seem to actually be doing alright in this World Cup, having won both games we’ve been in at the time of writing. Look at me describing the English football team as ‘we’. That’s sweet.) Anyway, Pix has taken this most monolithic of events and put a gaming spin on it, asking the community to submit gaming characters for a brand-new football team to take the world by storm. So here are some selections!

Firstly, I’d like to select the players with the highest overall rankings in the most recent FIFA game…

… that’s not really in the spirit of the thing, is it? Fair enough!

Well, my first thought is the winner of the fashion show recently staged by none other than Pix and yours truly: Samus Aran. She’s one of the most athletic people in the galaxy, and she can actually turn into a ball, so that’s probably some sort of advantage, right?

Then how’s about Sonic? He also kind of turns into a ball, and I’ve got to assume that ‘gotta go fast’ is a pretty good mantra for a sportsballer. 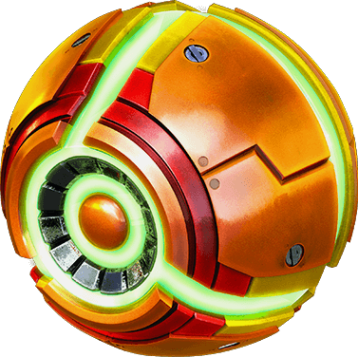 For a bit of a different flavour, let’s throw Hitmonlee and Hitmontop into the mix. They’re both agile and good with their feet! We could have Hitmonlee running up at the front kicking the ball super hard at stuff while Hitmontop spins around in front of the goal, making it completely impossible for the opposing team to get past him.

And our final pair, for no real reason: Bayonetta and Sif the Great Grey Wolf. Bayonetta has super-long legs and crazy jumping abilities and all that, and also guns on her feet so that’ll probably help; Sif’s really large, which might help, and is kind of a dog so probably likes chasing balls? I dunno, I just thought I’d have a nice little five-a-side team over here (plus one substitute or a manager or something).

And that’s my contribution to the greatest video game football team of all time!