Last time, I failed. I mean, I really quite catastrophically failed to hit the 80,000 pix I needed for my third payment, and as a result I’ve been sent back to the very first week.

I don’t think it would be worthwhile fully Let’s Play-ising the bit where I just charge through the game until I’m back up to where I was, so let me just summarise the events of the first couple of weeks (take two): 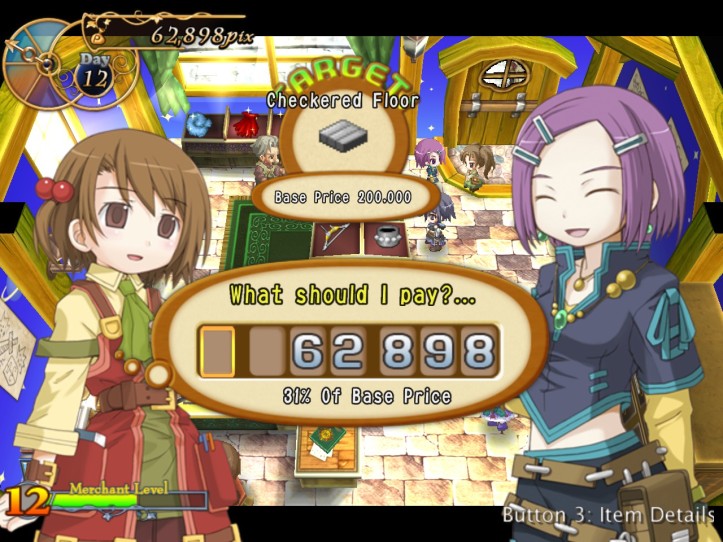 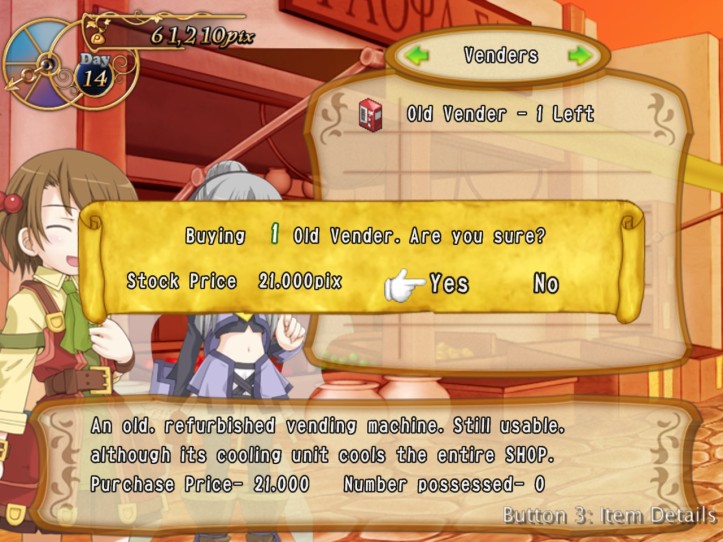 I think that pretty much gets us back to where I wanted to be; this week is the one where I started to falter, so we’ll pick up with a fully Let’s Play-ified version of that next time. Hopefully it’ll go better than the last one!