The Legend of Zelda: A Blogger’s Journey – The Minish Cap 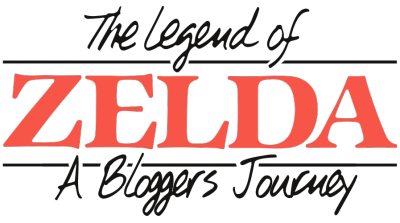 This post is part of a very much larger and very much more collectively awesome series orchestrated by my friend NekoJonez. Do make sure to check out his wonderful NekoJonez’s Gaming Blog, but especially this page, which is the hub article for the overall project: here you’ll get an explanation of what this project is about, and links to articles that a whole load of other talented bloggers have written about every other Zelda game that there is. It’s very cool! Also, credit has to be given to the creator of the logo we’re using in all our posts, so check out their other work here. 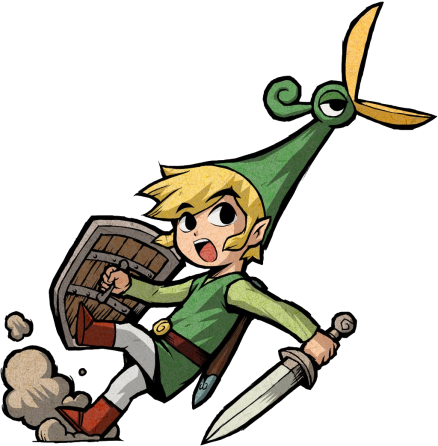 In the annals of history, there are those among the litany of Zelda games which are remembered as generation-defining, paradigm-breaking pinnacles of creativity, titles which legitimately changed our conceptions of what was possible to achieve through game design.

The Minish Cap is… not one of those, but it’s still pretty fun!

LoZ: MC, released on the Game Boy Advance (a console which is, for my money, much underappreciated these days) in 2004, is a bit of an oddball within the Four Swords series: its predecessors, Four Swords and Four Swords Adventures, both served as primarily multiplayer entries into what had generally been a single-player series of adventures. If anything, the point can probably be argued that FS and FSA were most likely conceived and designed specifically because the Legend of Zelda didn’t really have a multiplayer component, and somebody somewhere decided it should capitalise on the trend! Both are now possible to play in single-player modes, but Minish Cap departed from its fellows and made a return from the outset to the traditional style of gameplay present in most top-down Zelda adventures. In story terms, though, Minish Cap is a solid continuation of the story of Vaati and the Four Sword, establishing more of an overarching mythos in this side-series. In fact, the recent confirmation of the official Zelda timeline in Hyrule Historia confirmed that Minish Cap was, until the release of Skyward Sword, the first game chronologically in the series!

The backstory of Minish Cap establishes the eponymous Minish as a sort of tiny saviour race, miniscule little fellers who descended (a little bit inexplicably) from the sky when Hyrule was faced with ruin from darkness and monsters and whatnot. Known as Picori to the Hyrulians, the Minish bestowed two things upon the Hero of Men: a magical sword called the Picori Blade, and a great source of power known as the Light Force. (Not to be confused with the Triforce, by the way; the Light Force exists as a sort of essence within living beings and is exemplified in the Royal Family’s bloodline. It’s certainly powerful and capable of achieving great feats, but it’s not as concrete as the three parts of the Triforce.) The Hero (who may or may not be a version of Link) drove back the baddies, sealed them in some chest or other, then sort of disappeared for a bit, leaving the Picori Blade as an object of legend and the Light Force as a nebulous energy living on in the incarnations of Hyrule’s princess through the years.

The main story of the game concerns (as ever) a new hero by the name of Link. One hundred years after the whole Minish-and-Hero-save-the-world shebang, Hyrule hosts a grand tournament. The winner will receive a ceremonial reward: they’ll get to touch the Picori Blade. It’s still around, and being kept by the old blacksmith, whose name is Smith. Nominative determinism is clearly in play. Anyway, Smith asks his grandson, Link, who’s hanging out at the festival with his old friend Zelda, to be the one to deliver the sword to the winner – and who should be that winner but one Vaati, a mysterious dude who definitely looks a leeeetle bit evil? Vaati, as it turns out, is a Minish himself, but one who stole a magical cap to turn himself into a powerful human-sized sorcerer; believing that the Light Force itself is sealed in the chest that the Hero used the Picori Blade to seal all the evil things in, he breaks the sword and opens the chest, unleashing all that evil. Whoops!

Since he’d already made one balls-up regarding the true location of the Light Force, Vaati figured he’d make another. He spots Princess Zelda hanging around and realises that she’s got some sort of power that might make her a threat if she’s left around, but doesn’t twig that it is in fact the Light Force he’s after. So he turns her to stone. Why not?

Link does the only thing he really can, and goes on an adventure around Hyrule with the help of Ezlo, a talking cap who also used to be a Minish – and Vaati’s instructor in the art of sorcery. Link is able to shrink down and cross into the tiny world of the Minish through a mystical door that opens every hundred years; he manages to have the Picori Blade reforged into the so-called White Blade, then locates four powerful Elements which are forged into the sword to transform it into the Four Sword. It looks a lot like the Master Sword, but isn’t.

Vaati eventually realises that Zelda is the key to the Light Force, and takes over Hyrule Castle. The entire land is pretty much in darkness. It’s not a good time. In fact, there’s a point in the game where it’s possible to take too long getting to Vaati; he’ll actually manage to extract the Light Force, killing Zelda and becoming all-powerful. Luckily, the canon ending is that Link manages to vanquish him with the Four Sword and use its powers of banishing evil to restore Zelda and the kingdom.

Once all is put right, Ezlo the hat heads back into the realm of the Picori and the door between the realms closes, leaving everything pretty much A-OK – at least, until Vaati comes back to ruin more stuff in Four Swords.

The Minish Cap is kind of underappreciated for the role it plays in the overall timeline and the fun gameplay, which incorporates elements of the multi-Link style puzzling that would return in the multiplayer games. It’s a pretty classic addition to the handheld Zelda pantheon, featuring colourful graphics (Wind Waker was first released a couple of years earlier, so Minish Cap drew favourable comparisons for its fun art style) and some of the best music the GBA’s rubbish little speakers ever produced. It had fairly short dungeons, but they were well-designed and the bosses aren’t half bad (even if a couple of them are actually just regular monsters who seem really big because Link’s shrunk down to Minish size). The final boss is one of the better fights in a handheld Zelda, for my money: Vaati goes through no less than three nicely-designed forms in battle, with another two or three sprites when not being fought. It’s a pretty cool metamorphosis to watch if you played Four Swords first, getting to see Vaati transform from bishonen-ish human-shaped sorcerer feller through demonic samurai into giant… dark… eye… thing.

I wonder if part of the reason it tends to get a bit overlooked is actually because of Vaati. See, at times I think the Four Swords games are considered a bit of a side-story to the ‘main’ thread of the Zelda legend – which is basically to say the story of Link fighting Ganon (in one form or another). It sort of hangs a bit separate from the real fan favourites like Ocarina of Time, Majora’s Mask and (I think it’s now fair to say) Breath of the Wild, which at least on the surface appear to tell a more cohesive tale; it’s easier to tie these games together as if they were one big story, since even though it’s not always the same Link, it’s as if the incarnations of Link undergo a sort of shared character development throughout.

I don’t think Minish Cap will ever be considered one of the top must-play entries in the Legend of Zelda, and… with some of the other instalments, I don’t know that I can argue that it should be at the top of the list. But it’s still hella worth a play!

That about does it for Minish Cap, but remember that there are a ton of LoZ games, and we’ve got an article for every darn one of them! Check it out!