Those who interact with me even semi-regularly will be more than aware that Ian from Adventure Rules is a major friend of the show and general all-around awesome dude. By the time this post goes up, he’ll just have wrapped up a second super-successful year of hosting Blogger Blitz, the most phenomenal crossover event in the WordPress community, and… well, I think he deserves a little bit of appreciation.

Ian’s always there to give props to the rest of the community, putting the spotlight on each of the people who help to make Blogger Blitz what it is, and he’s always humble about his own involvement. In fact, though, this dude puts in a lot of work to make something happen for the community, without expecting anything in return. He organises, directs, hosts, makes art and detailed (and entertaining!) summary and results posts every week, and that’s just for the Blitz!

He also happens to be extremely insightful in a bunch of other matters including tabletop games, Nuzlocke challenges (he was a big help when I was starting mine, which will have another instalment before too long!), Nintendo news, thoughtful analysis of gamer behaviour and how and why games (in general or specifically) do things that work or don’t… the man has an impressive list of blog topics that he can turn his hand to, and all with aplomb and sound reasoning.

Suffice to say, this is one cool guy who deserves love and appreciation. So go give him that stuff!

For my part, I hope that being a bit of a superfan of the Blitz and doing my best to recap them and build hype where I can will have made our friend feel appreciated, so I’m going to continue in that spirit! Let’s talk Blogger Blitz semifinals!

For the low-down on the first round, I did a quick round-up over here. Since then we’ve had the semifinal matches and results, and the two entries for the final have also been submitted! By the time this post goes live, we’ll know who reigns supreme as champion of Blogger Blitz 2018: Black Sheep, but here’s how we got there. 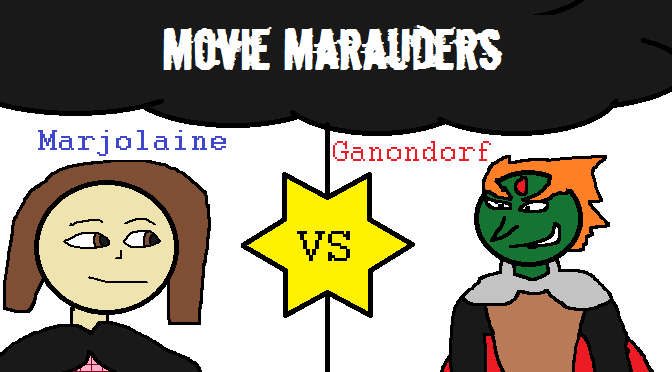 SEMIFINAL ONE: MARJOLAINE VS GANONDORF

In the battle of Athena Veta vs Teri Mae, it was all about who could put on the best movie night for their… uh, friends? Perhaps not: Ganondorf’s movie was a four-hour propaganda piece about how great he is, which was absolutely hilarious, while Marjolaine ended up being subjected to 50 First Dates, a film I haven’t seen but which sounds utterly devastating.

Marjolaine’s experience was an odd one, in fact, as she ended up hanging out with the Mario-franchise characters she’d been canoodling and cajoling in round one. Her tactic was to capitalise on their goodness and generosity, ultimately stealing from them heartlessly… but also putting on snacks and a movie, so I suppose in the end it all worked out OK? It was certainly a smooth bit of villainwork, one that got us inside the head of a morally interesting character.

Ganon took a smart approach to this round, in contrast to his brutal triple decapitation in round one; if there’s anything we learned last year, it’s that the judges love to see contestants learn from feedback and grow even stronger as competitors! Ultimately, he ended up tricking, trapping, stealing food from, and subjecting to his homemade movie a bunch of nearby partygoers who were presumably utterly terrified; it was a villainous and in-character move. But did it pay off?

Yes. Yes, it did: Ganondorf advances to the final! This is both a surprise and not a surprise at all: on the one hand, Teri Mae reached last year’s final and so is clearly a strong competitor, but on the other Athena’s first achievement in the Blitz was to knock out the very person to whom Teri Mae was runner-up last time! You’d have been hard-pressed to pick a winner of these two, and both would have been deserving, but ultimately it’s Big G in the final, repped by our culinary companion Teri Mae. 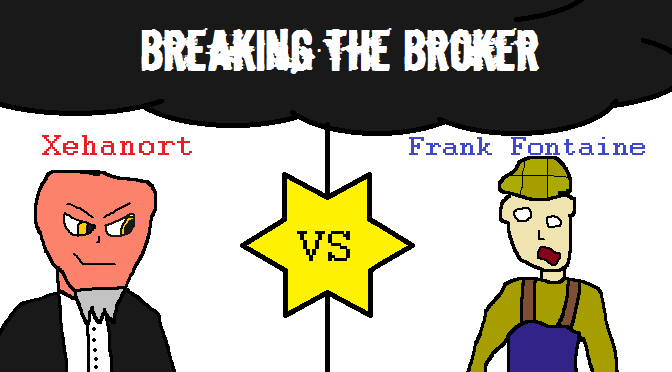 Those who follow Overthinker Y will surely be aware that I was championing my boy Master Xehanort into this peculiar round: a challenge to help our villains find the mysterious Shadow Broker and get him to help them move house.

I took the tack of getting Xehanort to do his own presentation, going so far as to create a PowerPoint for him to display; my opponent, GitGudAtLife’s Michael, was equally experimental, writing up a screenplay in which Fontaine expertly breaks the Broker and extracts the information. It was violent and beautiful, and I’m very proud that the two of us created what must be the single most out-there edition of the Blitz in its history. We’ll go down as legends!

I don’t have much else to say on this other than that you really must just go and read Michael’s entry, as it speaks for itself.

Ultimately, Fontaine bested Xehanort and came out on top to advance to the final, and I couldn’t be happier. For one thing, I’m fresh out of ideas to use for the final! More to the point, though, it’s an epic clash between two titans of blogging tournament royalty, and I can’t wait to see what Ian comes up with for the results.

Ian rocks. Go give him love.