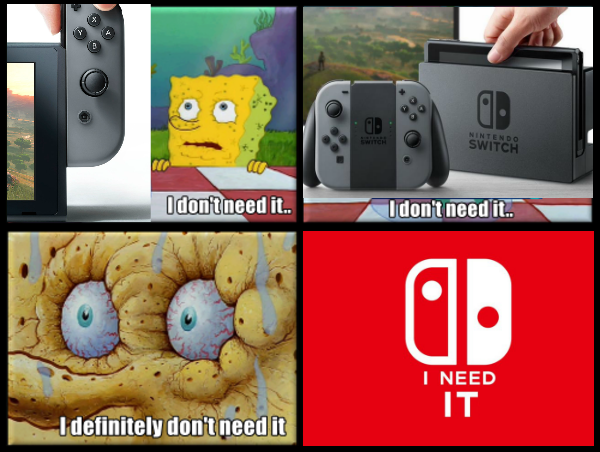 I have a Switch now. 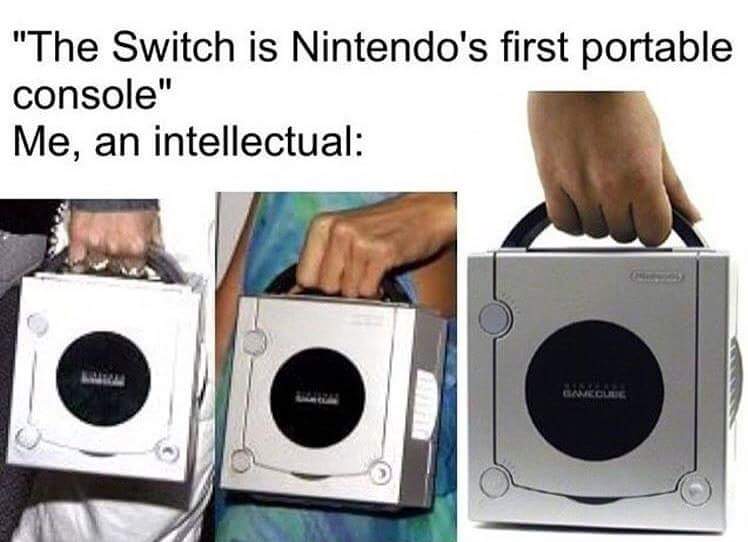 It wasn’t entirely deliberate; Hannah and I have basically been almost buying a Switch for… months now, probably. We’ve known for ages that we’ll be getting one eventually, so it was just a question of when. As it turned out, the when ended up being a warm afternoon in the last days of June, when we were heading home from a very nice holiday in Cornwall and feeling a little bit bummed about not being on holiday any more and all that sort of thing.

A few minutes later, I said: ‘hey, look, there’s a Switch bundle available to reserve and collect today from this store pretty near our house.’

And an hour or two later, we were picking up our Switch. I mean, we didn’t want the holiday to be over, and as long as we hadn’t gone home we were still technically on holiday and that meant that we were allowed to make indulgent purchases… or something.

I mean, long story short, we own a Switch now and that’s pretty cool. We got it with Crash Team Racing and a £30 eShop voucher, which we immediately used to buy New Super Mario Bros. U Deluxe, since we’re always big fans of playing the side-scrolling Mario games together. We also picked up a couple of indie games that were only a quid or two each, and I also quickly hopped over to one of the sites I write for and nabbed a review code for a Switch game to pad out our new kit’s library a little. (Oh, and some demos: Pokémon Let’s Go Pikachu, Captain Toad’s Treasure Tracker, and I think another couple besides.)

The first thing we were both struck by was the thing that’s probably the Switch’s main USP: its adaptability. I mean, we were both aware of what the hardware was (else buying it would have seemed kind of dumb), but it was still really impressive to hold the thing and realise that here was something that could be played like a big tablet or a DS-adjacent portable thing, plugged into the TV and played as a home console with a controller configuration not far off the XBox and PlayStation setups of the world, multiplayered using one set of two Joy-Cons as cute little mini-controllers that recapture the elegant simplicity of the NES/SNES controllers… I mean, we can take the thing to bed if we want, and prop it up on its little stand and pick up a Joy-Con each and just hop through a few levels of Mario or whatever. It is an astonishingly versatile console in the sense of being able to switch up your player setup or playing location with astonishing ease compared to… well, any other home console ever.

It always takes me a while to get used to new controllers, though, and the Joy-Cons are probably going to be no exception. My hands just aren’t used to the shape of them! That said, I really like how they’ve managed to execute this whole one-controller-splitting-into-two deal, and that’s more than cool enough to outweigh any misgivings I might have about how they feel in my hands (unless long-term use starts to get actively uncomfortable, which we’ll have to wait and see about). For Hannah’s part, she’s also keen on the number of potential configurations and the freedom offered by the Joy-Cons, but particularly when playing on a single Joy-Con has found them to hurt her hands and thumbs after playing for any real length of time. 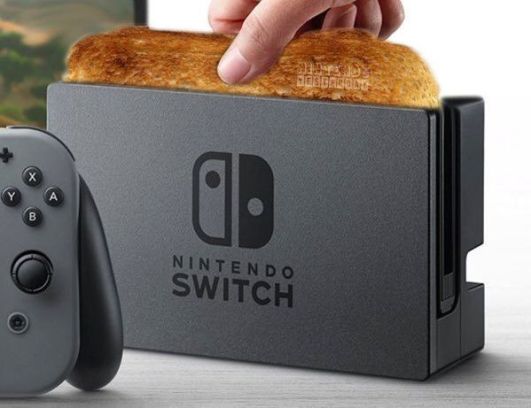 More than the PlayStation, the Switch feels made for party gaming or quick sessions. If I start up the PS4, I’m expecting to be playing for a good hour or more, but I feel like playing ‘little and often’ will be much more the way things go with the Switch: shorter sessions of any length I feel like, but perhaps more frequent (I don’t tend to turn the PS4 on again after turning it off for the day, but the Switch is so quick to pick up and play – and more convenient because I don’t need to be taking up the whole TV screen – that I think multiple sessions per day is more accessible). I think we’ll definitely have to get a few really sweet multiplayer games, probably a Mario Party and things in the vein of Overcooked!, which we really love on PS4 and to be honest may well end up buying again for Switch.

I think I’ll definitely be playing different sorts of games on Switch than what I tend to on PS4: I think I’ll probably still be getting my long single-player experiences from PlayStation, and more quick fun type things on Switch. (Although I am aware that there are a few very good RPGs on Switch which I may have to check out at some point… Pix, I know Xenoblade Chronicles exists and if I ever have some spare money I shall endeavour to buy it!) We won’t be picking up any full-price games for a bit, since buying the console has cleaned us out a little, but I have some kind friends at work who I think might be willing to lend me a couple of top Switch titles like Super Mario Odyssey and The Legend of Zelda: Breath of the Wild.

The great thing about most Nintendo first-party stuff is that it’s super colourful, which Hannah’s a big fan of. Being able to clearly see what’s going on, whether on a TV or playing portably, is a huge draw for her, and I have to say it is refreshing to be playing games which are all bright and stylish. It also makes the multiplayer component (which, as we’ve touched on, is what this feels really great for) a little easier when everything on the screen is clearly visible at a glance, so it’s not as likely that you’ll get confused or be unable to work out which character you’re looking at or whatever. On the subject of the games available, though, Hannah did immediately make the point upon opening a physical Switch game box that the packaging feels really unnecessary. For those who’ve not seen one, a Switch game cartridge is a teeny little card very similar to the ones the DS worked with, but the box is far bigger than it needs to be: the same sort of thickness as a PlayStation or DVD case but a little smaller, about the dimensions of a smallish greetings card. Perhaps Nintendo didn’t want the games to look as if they were for portable consoles, which have traditionally had smaller boxes, but the packaging could almost certainly be a bit… less.

Other teeny things that are perhaps noticeable omissions are that the Switch doesn’t come with a Wii Sports type of introductory title, something to make the most of all of the console’s functions and demonstrate to the player how it all works. Perhaps there is a game available which serves the same purpose and I’ve just not heard of it? If so, let me know! Finally, it doesn’t appear that apps like Netflix, for example, are available on the Nintendo eShop, from where Switch software can be downloaded. This one seems odd as the Wii U definitely had the capability to get BBC iPlayer, at least, and other current-gen consoles seem keen to give consumers the ability to turn their consoles into one-stop entertainment shops complete with games, streaming, social media, and all kinds of things. It’s not a huge blow, since any app I’d want to get on the Switch is already easily available to me elsewhere, but it’d be kinda cool.

That’s about that, I think! Overall first impressions are good – I’m pointing out some things that I might consider could have been ironed out to the point of making the whole thing flawless, but that doesn’t by any stretch mean that I think it’s a bad console or that these nitpicks outweigh the huge positives – and Hannah and I are very much looking forward to spending more time with the Switch and its library. If anyone has any suggestions for… anything to do with the Switch, really, let us know!